Green Turtle ( Chelonia Mydas) The Green Turtle can grow over a meter in length and can weigh over 200kg.

Angel Shark ( Squatina Squatina) Angel Sharks are critically endangered but fortunately for us they are a common sighting, especially in the winter. They have flattened bodies and prefer sandy bottoms where they are well camouflaged. They are generally harmless to humans.

Stingray ( Dasyatis Dastinaca) Stingrays dwell on sandy bottoms. They feed manly on crustaceans and can grow a meter in length.

They can often be seen in large groups during the mating season.

Eagle Ray ( Myliobatis Aquila) With its distinctive spots and fins that flap like wings, these beautiful rays can grow to a staggering 3 meters across and live to 25 years and more.

Bull Ray (Pteromylaeus Bovines) Similar looking to the Eagle Ray, the Bull Ray can grow up to 150cm and has beautiful Tiger-like stripes on its back.

It is capable of producing 80 volts of electricity to stun its prey!

Giant Butterfly Ray ( Gymnura Altavela) This species of Ray is sadly critically endangered, Sightings are rare but they are here, nevertheless. They can grow to an impressive 2 meters in length and are harmless to humans.

Black Moray ( Muraena Augusti) Black Moray Eels can grow up to an impressive 5 feet in length.

They have very poor eyesight and so they rely on their keen sense of smell for hunting.

Their bodies are covered in slime and they have razor sharp, glass-like teeth making them a formidable predator.

Trumpet Fish ( Aulostomus Strigosus) With their elongated bodies, these graceful fish glide over the reef searching for food.

They are a common sighting for divers here in Tenerife

They are highly intelligent and can change colour to blend in with their surrounds.

Squid ( Loligo Vulgaris) Squid have 8 arms and are a relative of the Giant Squid with can exceed to twelve meters in length making them the world’s largest invertebrate.

Cuttlefish ( Sepia Officinalis) Commonly spotted in our waters, Cuttlefish are masters of disguise even though they are actually in fact completely colourblind!

Barracuda ( Sphyraena) Barracuda can grow up to an impressive 6 feet in length. They have been around for over 50 million years and are capable of swimming in excess of 25 miles per hour!

Canary Damsel Fish (Abudefduf  Luridus)  These small but colourful reef fish are in abundance in Tenerife and live alongside its neighbour, the Ornate Wrasse. They are very inquisitive and have striking flashes of Violet along their fins and body.

Ornate Wrasse ( Thalassoma Pavo) Brightly painted with all the colours of the rainbow, these pretty fish are found in great numbers on our reefs and are not afraid to check out what the divers are up to!

Parrot Fish ( Sparisoma Cretense) Did you know that Parrot Fish actually start out in life as a female and can later change to become a male?

Queen Trigger Fish ( Balistes Vetula) Queen Trigger Fish can change colour depending upon its mood. This feisty fish is known for being very territorial and has no issues in seeing off a diver that has strayed too close to its lair!

Guinean Pufferfish ( Sphoeroides Marmoratus) Very common to our waters and found in shallow depths, They can grow to over 20 inches. They live amongst the rocky outcrops and can inflate itself when it feels threatened to deter its predators!

Atlantic Lizardfish ( Synodus Saurus) These bottom dwellers like to bury themselves in the sand so that only their heads are visible as they lie in wait for their passing prey!

Redlip Blenny ( Ophioblennius Atlanticus) The Redlip Blenny is very territorial and likes to hide in between the rocks and crevices. They can be found in shallow waters

Garden Eel ( Heteroconger Longissimus) Part of the Conger family, Garden Ells live in colonies half buried in the sand. They shoot down their burrows if they perceive a threat.

Arrow Crabs ( Stenorhynchus Lanceolatus) Their eight legs are extremely long and thin, more than three times longer than their bodies. The heads are very pointed making them look like they are not from this planet! They are nocturnal feeders and like to hide in the crevices of the reefs.

Pink Flabellina ( Flabellina Affinis) A spieces of the Sea Slug family, this pretty little Nudibranch grows to around 50mm and as the name suggests, is a lovely pink in colour.

Spotted Sea Hare ( Aplysia Dactylomela) The Spotted Sea Hare is a large species of Sea Slug and usually found in rocky crevices and shallow water. It can both swim and crawl and squirts ink if disturbed. It has toxins in its skin that makes it inedible to most predators.

Roncadores ( Umbrina Roncadores) These fish can be seen in super huge shoals of up to a thousand and more. A truly mesmerising sight to behold!

Seahorses ( Hippocampus) Though rare, these stunning little creatures can be found on reefs clinging to the local flora. They are exceptionally well camouflaged and shy so you can deem yourself very honoured if you are lucky enough to spot one!

We Speak Your Language

We accept Payments By: 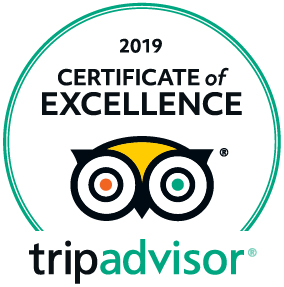